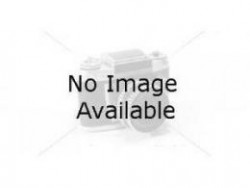 Used on some SpectraSonic models.

The B-3 Bigsby was used on some Jet models due to it's smaller dimensions compared to the B-6. It can also be fitted on thin hollowbodies such as the Clipper.

The V-cutout is functionally identical to the standard B3, but was made special for Gretsch.

Among the most desirable Gretsch tailpieces are those that weren't even made by Gretsch, but were instead manufactured by Paul Bigsby. The B-6, in several forms, was a popular feature on many Gretsches.

Offered for only a brief period in 1956, this was Bigsby's first attempt at a pivoting arm.

Starting in 1959, Gretsch used the custom V-cutout B-6 exclusively on the large hollowbodies. It continues to be used on most modern hollowbodies, although reissues are often fitted with the more period-correct B6, without the V-cutout, and modern Electromatics typically use the licensed B60.

Used on Easton Jets. Has more break angle than a B-3.

A less-expensive licensed version of the Bigsby B5 that was used on Electromatic models.

A less-expensive licensed version of the Bigsby B6 that was used on Electromatic models.

Licensed version of the Bigsby B-7, and interchangable with the discontinued B700.

This licensed version of the Bigsby B-7 was used on Electromatic Elliott Easton models.

One of the odder tailpieces used was the Burns vibrato, as found on some Corvettes and Jets in the '60s. These are generally unloved, but they're not that common, either.

The "Cadillac G" tailpiece, so named because the "V" at the end was reminiscent of a Cadillac logo (back when Cadillac was "The Standard of the World") was a White Falcon/White Penguin only item.

The "Chromatic" or stairstep tailpiece was used on Synchromatic archtops and very early electrics such as the Electromatic and Electro II.

The G-cutout tailpiece is seen on most Country Clubs and Anniversaries, as well as some other models. The simple, stamped brass design became something of a Gretsch hallmark, and is still used on most hard-tail Gretsches today.

It is, however, often removed and replaced with a Bigsby. This is a simple and reversible conversion as long as the mounting screws line up properly. If they don't, there will be extra screw holes on the bottom of the guitar.

The simplest Gretsch hollowbodies, such as Clippers, used a very basic trapeze tailpiece. Some early ('40s) Gretsch trapeze tailpieces had extremly crude hand engraving. Later examples, such as the one shown, have the Gretsch logo embossed on the tail end and look much more finished. At the string end, most are straight and perpendicular to the strings, with a ribbed metal piece about an inch wide holding the strings, but a few have been found that are angled.